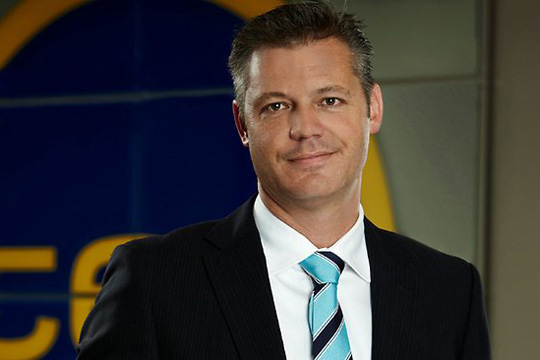 Warburton replaces the outgoing David Malone, who stepped down from the role in April, after concluding what was seen by many as a disappointing television rights deal for the sport.

Although his employment with Network Ten lasted just twelve months, after he was sacked following the network’s struggles with record low ratings, director of V8 Supercars Andrew Gray believes Warburton’s extensive track record in the media, marketing and advertising sectors make him well suited to the task.

“James is an ideal fit for this role given his extensive track record in the television, sales and commercial fields; as well as his strong knowledge of the sport,” said Gray.

“He is incredibly well credentialed and enjoys support from a wide cross section of business leaders as the right person for the role.”

Fellow director and Red Bull Racing Australia team owner Roland Dane added: “James is considered by the Board as an extremely shrewd and highly capable CEO. We look forward to James bringing his wealth of knowledge, sales acumen and clear love of the sport to the V8 Supercars business.”

Warburton takes over the position from 1 June and is eager to get started.

“It is a great honour to be leading this sport into its next phase of growth,” said Warburton.

“As a life-long fan of the Championship I’ve never seen better on track action than the start to the 2013 season and the teams and the sport should be congratulated for the seamless and professional roll out of the car of the future. I can’t wait to rip in.”