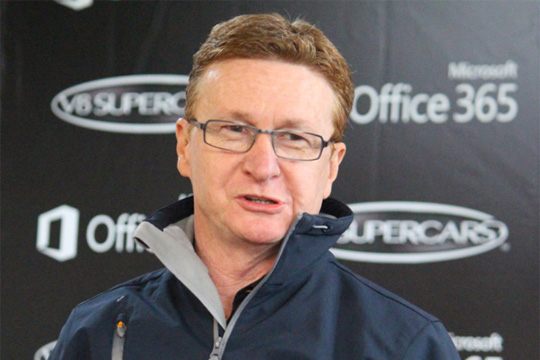 David Malone has announced that he will be stepping down as Chief Executive of V8 Supercars.

A statement issued by V8 Supercars reveals that Malone, who has been CEO since January 2012, will remain a Director of V8 Supercars to assist the business with its strategy and development.

Peter Trimble, Director of Finance and Systems will assume the role of Acting CEO, while the Board search for Malone’s replacement.

Andrew Gray, director of Australian Motor Racing Partners, the majority investor in V8 Supercars (funded by investment group Archer Capital) said: “We would like to thank David for his tireless contribution to the business over the last 14 months, and are pleased that he has agreed to continue to assist us in his new capacity.

“We continue to be totally committed to the sport and are thrilled that David has agreed to continue to advise and assist us in the execution of our growth plans.”

“David has made a strong contribution to the business over the past year, and has successfully overseen the transition to the new Car of the Future racing platform, which has provided great racing so far this season.”

V8 Supercars said it would prefer not to comment, but reports in the Australian media suggest that former Network Ten chief executive, James Warburton, has been approached to take over from Malone.

V8 Supercars is also still without a chairman, after James Strong died suddenly in March.