Samuel Melcher is an established F1 blogger and a driver at one of the most famous racing schools in the United States. Here he gives us his perspective on what the Circuit of the Americas has in store for the V8 Supercars drivers this weekend in the Austin 400…

V8 Supercars travel to the Circuit of the Americas (COTA) in Austin, Texas as the next chapter of the International Series’ quest to expand its boundaries and become more global. COTA, at the same time, is trying to expand its horizons and find new motorsport categories to intrigue and excite prospective American fans.

The Austin 400 features four 100-kilometre races using a shorter version of the full Grand Prix layout. While the cars should suit the circuit, there are a few main characteristics that will define the track for both driver and engineer.

Naturally, since the series is based in Australia, most of the tracks feature typical air temperatures of around 70 degrees and above. Austin is an unknown, and even though it is in a hot area, there is a chance that the temperature might be low for the race. The forecast calls for possible light showers and clouds on both race days. This means that the low is around 70, which is still within the usual range, but the rain might cool that down even more. What that means for the Austin 400 races is that cars coming out of the pit and those starting will have issues getting their tires up to temperature. This means that positional changes could occur in the laps soon after someone pits.

2. Green-ness of the Track

When Formula 1 went to COTA last November, they couldn’t hold on to the track because it was new and had no tyre marks. That means spinning and wheel spin off the line could be a serious issue. It will have improved now because of the multiple series that have already raced there, but it could still affect the results of the race.

Since it is V8 Supercars first time visiting this circuit, there is obviously going to be a lack of data. Due to that, finding the right setup is going to be a challenge. Since everyone in the V8 Supercars field has close to the same car, setups are the primary focus for the teams. 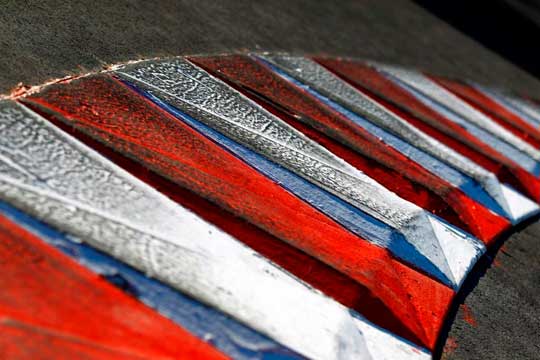 That means that unexpected teams could move up the field, and teams like Fujitsu Racing, who have already tasted victory this season could find themselves frontrunners.

Key to the weekend is learning the new track and learning it quickly and adapting to different driving styles when need be.