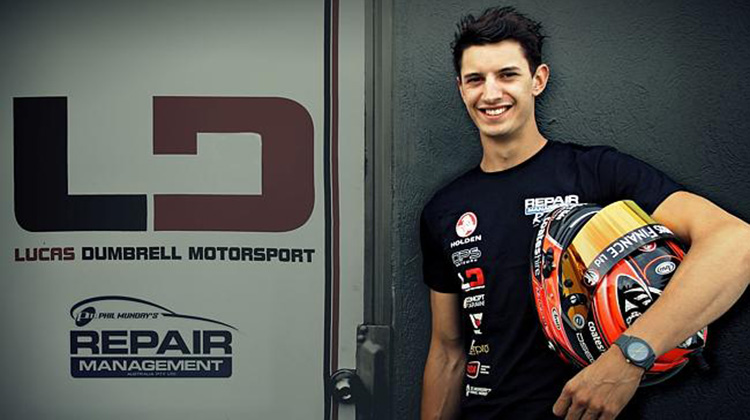 Nick Percat will be back on the V8 Supercars grid next season after signing a multi-year contract with Lucas Dumbrell Motorsport.

Percat made his full-time debut in the V8 Supercars championship this year driving the HHA/Coates Hire Holden out of the Walkinshaw Racing garage, but despite an impressive first season looked likely to miss out on a full-time drive next season after James Rosenberg handed back the license that underpinned the 26-year-old’s 2014 entry prompted by a shortfall in sponsorship.

However, with its return to a two-car program for 2015, Lucas Dumbrell Motorsport has moved quickly to sign the 2011 Bathurst 1000 winner as a replacement for veteran Russell Ingall who announced his retirement from full-time V8 Supercar competition at the end of this season.

“Nick thought, through no fault of his own, it was going to be a pretty average Christmas for him so I’m thrilled that we’ve been able to bring him some joy for the festive season,” said team owner Lucas Dumbrell.

“I believe Nick’s signing with LDM is the next step in our development as a team. It’s an understatement to say I’m excited. The whole team is, and we all go away for the Christmas holidays knowing we’re going to hit the track running in 2015.”

Percat’s move to Lucas Dumbrell Motorsport (LDM) brings to an end a relationship with Walkinshaw Racing that stretches back to 2007, despite talk of Holden motorsport boss Simon McNamara looking for ways to keep Percat in the fourth Walkinshaw Racing Commodore after his twelfth place finish in the Championship standings.

““Christmas has come a day early for me, I’m so thankful to Lucas Dumbrell for this opportunity,” said Percat.

“It was disappointing to lose my [Walkinshaw Racing] drive; I thought I held my own during the year against some serious team-mates and only just finished outside the top 10 in points, but professional sport is a tough business.

“Thankfully, Lucas Dumbrell Motorsport had an opening, and we went hard at securing it. To have it confirmed on Christmas Eve is quite special.

“To come here and be lead driver is a different scenario to what I have been used to, but LDM has very good equipment, a Triple Eight Race Engineering-built Holden Commodore, and all the right people.

“This team has grown up considerably in the past 12 months and I want to help it continue building momentum – we can show everyone what we are all truly capable of.”

LDM is still to make an announcement on its second driver, but several funded drivers are believed to be in discussions with the Melbourne-based team.