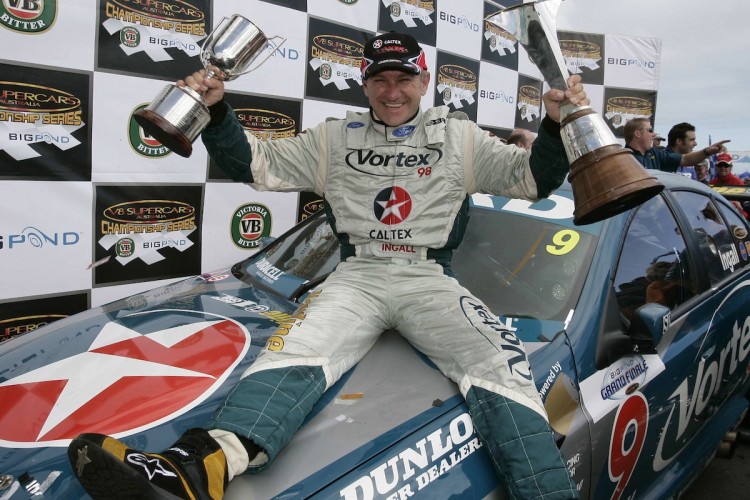 Russell Ingall has confirmed his career as a full time V8 Supercars driver has officially come to a close.

The Enforcer had already postponed his retirement for an extra year to compete with Lucas Dumbrell Motorsport in the Repair Management Australia Racing Holden Commodore.

Due to the inclement weather in Sydney, the 50-year-old was unable to finish the season in style, with the race abandoned 30 laps short.

“Well, that’s it. Finished with a fizzle and not a bang. Had a blast over the years and huge thanks to all the race fans and sponsors. RI OUT,” Ingall posted on Twitter after the race.

Ingall, who finished 18th in the standings for the single-car team, has not abandoned the sport completely and will be considered a valuable co-driver in the endurance races due to his past successes and vast experience.

“I would like to get another Bathurst under my belt, but to do that I am going to have to be with a good team and another good driver,” Ingall told v8supercars.com.au in October.

Somewhat fittingly, Ingall will depart the championship at the same time as his former boss at Stone Brothers Racing, Ross Stone.

“I never thought I’d get it and Ross Stone, isn’t it ironic, he is walking away from his team in the same year as well.

“He gave me that championship in ’05 and that was very special.

“It’s hard to give those keys back because you still think you’ve got that win left in you but for sure I’d love to clock up another Bathurst.”