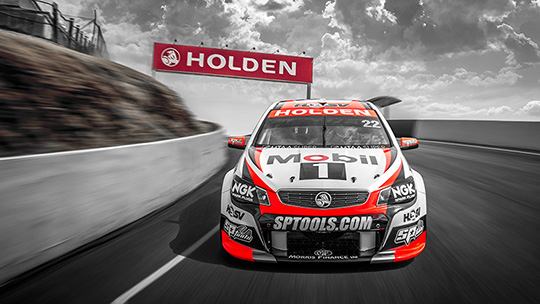 Holden Racing Team will retain its factory status beyond the end of the 2014 season with news that manufacturer Holden has signed a new multi-year deal with the famous V8 Supercars outfit.

Holden previously confirmed its continued involvement in V8 Supercars signing a fresh deal with Triple Eight Race Engineering in May, and the HRT extension is believed to emulate that two-year extension which coincides with Holden’s decision to end manufacturing in Australia at the end of 2017.

The announcement comes on the back of the team’s success at the last two Championship rounds in Townsville and Ipswich – where drivers Garth Tander and James Courtney, scored respective wins.

“Motorsport is part of Holden’s DNA, having raced its products in Australia and overseas with great success for more than 45 years.

“We’re incredibly proud of the Holden Racing Team – and the success we’ve built together in this sport.

“We’re certainly looking forward to working hard together over the next few years for more race wins and championships.”

After the death of Tom Walkinshaw in 2010, son Ryan Walkinshaw took over the helm.

“My dad started the Holden Racing Team 24 years ago and our family is hugely passionate about HRT, so we are fortunate to have a new, multi-year contract with Holden,” Walkinshaw said.

“Our new deal gives us the opportunity as a team to celebrate our 25th anniversary with our loyal partners and fans, which is exciting.

“Our relationship with Holden extends further than just the race team, and Holden has been a great supporter of my father and our family.

“Hopefully we can repay Holden’s faith with more race wins and championships.”