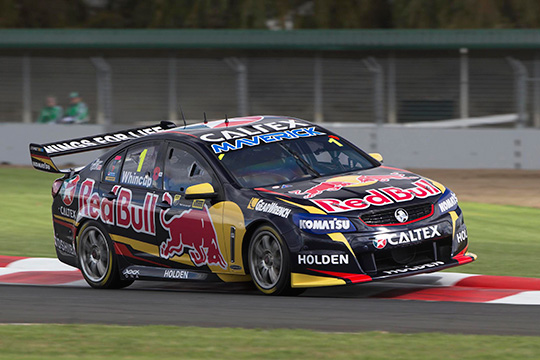 Holden has brought an end to speculation surrounding its future in V8 Supercars with the announcement of a extension to its deal with Triple Eight Race Engineering.

Holden’s decision to end manufacturing in Australia at the end of 2017, raised doubts over the automotive company’s continued involvement in V8 Supercars beyond this season with contracted deals with Holden Racing Team and Red Bull Racing Australia also set to run out at the end of the year.

Despite production going off-shore, the car maker, a subsidiary of General Motors, says it remains committed to V8 Supercars, with Holden motorsport and sponsorship manager Simon McNamara confirming a new deal has been struck with the Red Bull Racing Australia team.

“Red Bull Racing Australia is the sport’s benchmark team, and together we have already achieved great success on and off-track,” McNamara told Australian newspaper, The Daily Telegraph.

“They played a pivotal role in the development of the new-generation VF Commodore last year; while a number of business-to-business deals have seen our partnership grow.”

Holden is also expected to announce an extension to its deal with factory-backed Holden Racing Team at a later date.

It’s not yet known how long the deal is with Triple Eight, or which car it will race with the Commodore’s future unknown, but Holden has moved to point out that it will be a car that is sold in Australia.

Having made the switch from Ford to Holden in 2010, Triple Eight Race Engineering team principal Roland Dane called the continued partnership with Holden “a natural step”.

“Holden’s continued commitment, in what is a changing marketplace, not only demonstrates their faith in V8 Supercars, but also highlights the importance of motorsport as a fantastic sales and marketing tool,” Dane said.