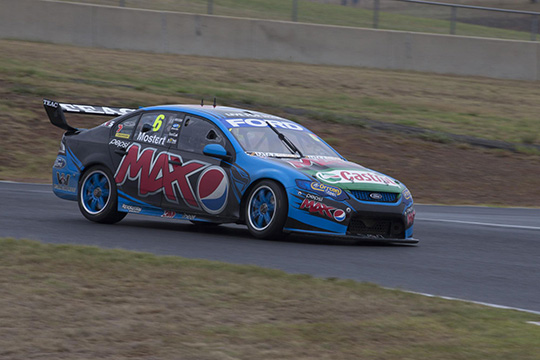 Morris, a multiple Super Touring Champion, has been a regular enduro co-driver since retiring from full-time driving in 2008, finishing sixth alongside Scott Pye in last year’s Bathurst 1000.

“Paul has driven every type of race car in every condition so he brings a level of experience which I am keen to draw upon during my first season with Ford’s factory team,” Mostert said.

“Having raced against him I know how competitive he is so I am happy he is sharing my car.”

Morris who lines up with Nemo Racing for a full assault on the Dunlop Series this season has raced against his new team-mate during his frequent Dunlop Series appearances in recent years and the veteran likes their chances of success.

“I have a good relationship with Tim and Rod (Nash) so when they approached me about driving with Chaz it made a lot of sense for everyone,” Morris said.

“Chaz has proven his speed time and again and he was certainly quick at Bathurst last year so hopefully with a bit of advice and guidance from me we can be up the front in the Endurance Cup.”

“There is no doubt Chaz is exceptionally quick but experience and a large bank of knowledge is just as important in the long-distance events and Paul has both in spades so that will help Chaz as he continues to mature as a top-line driver,” Edwards said.

“Paul is one of the unique characters in the sport but his efforts with Scott Pye last season were impressive and with a very short list of competitive and experienced co-drivers at the moment he quickly became our primary target.

“People will think it is an odd pairing but Paul is genuinely motivated by the ability to race for our team and is taking his role very seriously. He knows Chaz’s star is rising and he is keen to help him out so he will be around the team all year providing advice where he thinks it’s relevant.

“They are definitely a dark horse for the Endurance Cup.”

Morris will get his first drive of Mostert’s #6 Pepsi Max FPR Ford at the team’s second test day of the year in the coming months.