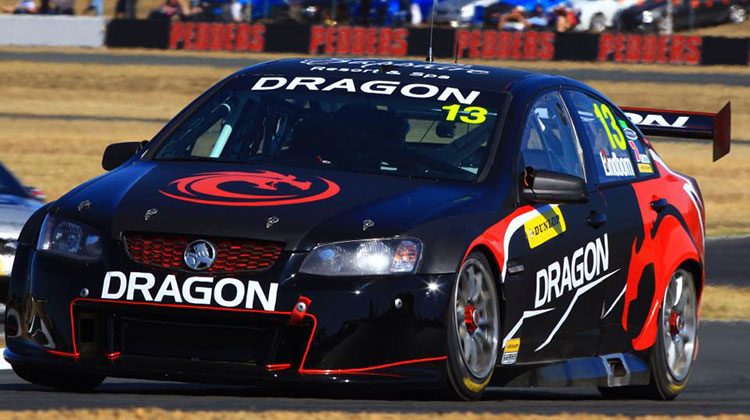 Dragon Motor Racing has announced its withdrawal from the Supercheap Auto Bathurst 1000 in an effort to focus on the Dunlop Series.

The team was set to race two ex-Garry Rogers Motorsport Holden Commodores as wildcard entries in this year’s race. However, team principal Tony Klein was forced to concede that the team is not prepared to take on the mountain in its current state.

“Our major concern about racing at Bathurst in particular was the lack of experience we, as a very young team, have at our disposal,” Klein said in a statement.

“The key issues for our team is safety for our drivers and teams; and the possibility of jeopardising other teams’ chances at Bathurst and ultimately their Championship results.”

Today’s withdrawal leaves the team to focus on its 2015 Dunlop Series campaign after entering the V8 Supercars development series for the first time this season.

“Although we are very disappointed we have acknowledged our shortfalls as a team and taken appropriate steps to improve our equipment, spares, systems, processes and staffing,” Klein said.

“Our plan is for the long term viability of our team and its progression. We are now focusing on 2015 in the Dunlop Series to build our experience, especially in the areas of safety and compliance. I am sure in 2015 you will see a much improved DMR.”

Klein did attempt to salvage the effort by combining his team’s efforts with those of other Dunlop Series teams but was unsuccessful.

“Unfortunately we have not been successful in securing a suitable solution and therefore we will not be able to attend Bathurst this year,” said Klein.

V8 Supercars CEO James Warburton affirmed the news that Dragon Motor Racing will not be contesting the Supercheap Bathurst 1000.

“Tony poured his heart, soul and an enormous amount of resource into making this project work,” said Warburton.

“We admire that fact that Tony has been completely transparent through the journey and that it ultimately became a mountain too high for his young team to achieve.

“Given Tony’s passion, dedication and commitment to the sport we are sure the team will ultimately achieve its goals of running at Bathurst and in the Championship.”