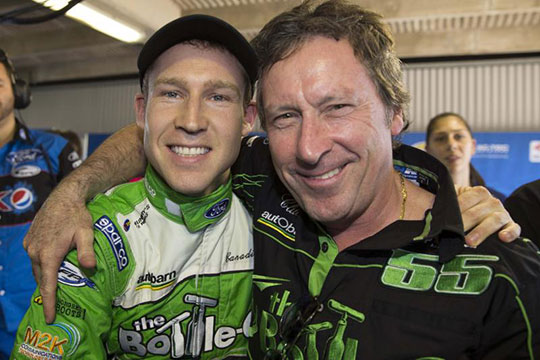 David Reynolds has claimed his second pole position in two days at the Skycity Triple Crown in Darwin.

In the second of the two fifteen minute qualifying sessions at Hidden Valley Raceway, the Bottle-O FPR Ford driver waited until the dying minutes to shift Craig Lowndes (Red Bull Racing Australia) from the top spot posting a 1:08.2382s lap ahead of Race 19.

Race 18 polesitter James Courtney (Holden Racing Team) will start in third place, while Scott McLaughlin (Fujitsu Racing GRM) was again quick following on from his form in the previous session, posting a 1.08.420, which sees him start the race in fourth position.

Ford Performance Racing and Brad Jones Racing share the third and fourth rows with Mark Winterbottom in fifth ahead of Fabian Coulthard, Will Davison and Jason Bright, while Jamie Whincup and Tim Slade round out the top ten.