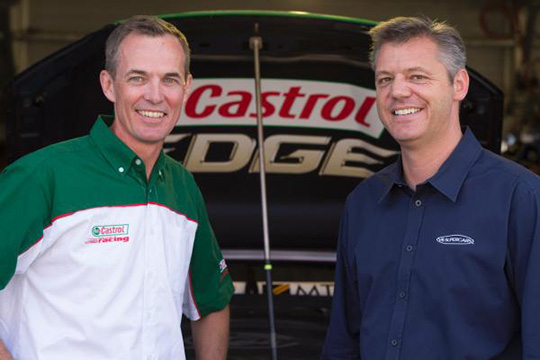 Automotive oil brand Castrol has secured a deal to become new naming rights partner of the Townsville 500 and the official oil partner of the V8 Supercars Championship.

Under the title sponsorship deal, Castrol will replace Sucrogen with the event to be known as the Castrol Townsville 500.

Castrol EDGE has also become the Official Oil Partner of the V8 Supercars Championship and will lend its name to the current Teams’ Championship to be renamed the Castrol EDGE Teams’ Trophy.

“Castrol is widely acknowledged as the world’s leading specialist provider of lubricant solutions and has enjoyed a rich history within V8 Supercars racing since its’ inception,” V8 Supercars chief executive James Warburton said.

“Castrol has one of the strongest pedigrees in motorsport through leadership in technology and commercial support of teams, drivers and organisations from a raft motorsport disciplines across decades of involvement.

“As a company entrenched in world motorsport it is a logical step to add Australia’s biggest category, and one of the biggest sports, to its’ brand portfolio.

“To extend the Townsville sponsorship with the Official Oil Partner shows that Castrol is right behind this Championship and the exposure it will bring to the brand.”

Castrol has a long association with Australian motorsport and the Castrol EDGE brand will also present V8 Supercars latest telecast concept, an official kilometre counter during each of the live races across the Seven Network.

“Castrol has enjoyed a rich history in Australian motor racing and continuing this in an official capacity with one of the greatest touring car championships in the world is an exciting time for our organisation, V8 Supercars and the fans,” said Castrol Australasia general manager Sean Rahaley of the new partnership.

“I’m certainly looking forward to seeing an increased presence in the sport on top of our already strong association with the Pepsi Max Crew FPR, Supercheap Auto Racing and Nissan Motorsport outfits.

“Castrol EDGE with Titanium Fluid Strength Technology is our strongest oil and thus we have chosen to partner with one of the largest racing categories in the world.”