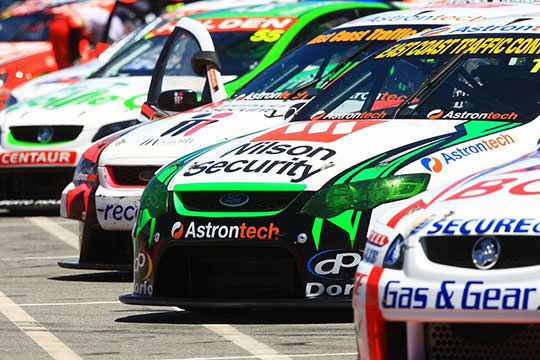 The order is determined by each team’s finishing position in the previous season’s teams’ championship, with the highest pair of Racing Entitlement Contract points determining the final pit lane position.

Triple Eight Race Engineering will again line up closest to the pit exit, while at the other end of pit lane with the official entry list for the 2014 V8 Supercars Championship set at 25 entrants, Lucas Dumbrell Motorsport’s single-car team without a team to share the final boom will have its own bay.

The biggest change to this year’s V8 Supercars pit lane order is Erebus Motorsport’s fall from second to 12th, while four-car team Ford Performance Racing line up across two bays up three positions from last year in second behind their Holden rivals.