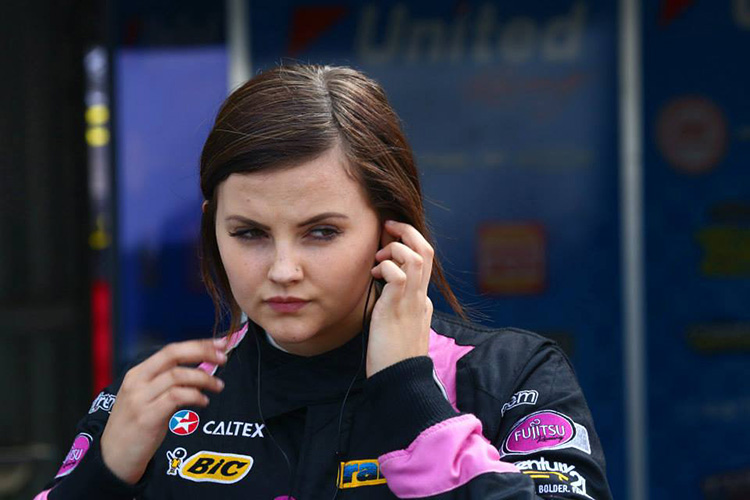 Renee Gracie and Simona De Silvestro will campaign a wildcard entry at the Supercheap Auto Bathurst 1000 for the next two years as part of a two year deal announced with Prodrive Racing Australia today.

Gracie, currently competing in the Dunlop Series, and De Silvestro, of Indy Car and Formula E pedigree, will form the first all-female pairing since Melinda Price and Kerryn Brewer in 1998.

“The exciting all female combination of Simona and Renee will receive worldwide attention and add even more attention to this iconic event,” said V8 Supercars CEO James Warburton.

“Bathurst is one of the world’s top five motor races, sitting comfortably alongside Le Mans, Monaco and the Indy 500 and this is one of the most significant announcements in the history of the event.”

De Silvestro is currently racing in Indy car for Andretti Autosport and was part of the Swiss Sauber F1 squad last year. She will also contest the 2015/2016 Formula E championship. In 2013 she finished second in the Houston Grand Prix, joining Danica Patrick and Sarah Fisher as the only women to have recorded podium finishes.

“The Bathurst 1000 race was actually the first V8 Supercars race that I have ever watched and it looked amazing,” De Silvestro explained.

“The track looks great from what I have seen on TV. It looks really challenging and I can’t wait to see it for real and drive around it.”

Gracie is currently racing in the Development series after two seasons competing in Carrera Cup. She is being coached and mentored by reigning Bathurst 1000 champion Paul Morris.

“To be paired up with a high profile female like Simona, who I really look up to, is incredible” said Gracie.

“So to say I am excited would be a complete understatement.”

Gracie and De Silvestro will join brothers Aaren and Drew Russell as one of two wildcard entries on the grid for 2015.

Dunlop Series regulars over the past decade, the Russell brothers will make their Bathurst debuts in a Garry Rogers Motorsport prepared Holden Commodore VF originally raced at Bathurst in 2013.

The team’s entry will be sponsored by Australian-owned gym franchise chain Plus Fitness.

“This is the sort of thing I’ve been working to achieve for many years and to do with it with my family and our own team makes it even more special,” said 23-year-old Aaren Russell.

“Motorsport is our passion, it’s something we go ‘all in’ on and the sacrifices we’ve all made show just how committed we are to it.

“To be heading to Bathurst to compete in the most famous race in Australian sport is very special and not something I am taking lightly.

“We have huge respect for all of the V8 Supercars Championship teams competing at Bathurst.

“We’d like to simply stay out of trouble, fly the flag, complete the race and be happy with our day’s work.”

Despite having retired from full-time racing in the Dunlop Series at the end of 2013 to to enable the family-run team to concentrate on his brother’s career, Drew Russell has plenty of Bathurst experience with seven Dunlop Series round starts between 2007 and 2013.

The brothers will also pair up in Aaren Russell’s car at Mount Panorama in the 250km Dunlop Series mini-enduro.

“We’re under no illusions as to our place in the pecking order when we head onto the track at Mount Panorama, we’re not contending to win the race but we absolutely will be putting our front foot forward to give a positive and professional account of ourselves,” said 27-year-old Drew Russell.

“I haven’t been driving much of late, so running the Dunlop Series car up there is geared around me doing most of the driving in it to help get me ready for the main race on Sunday.”