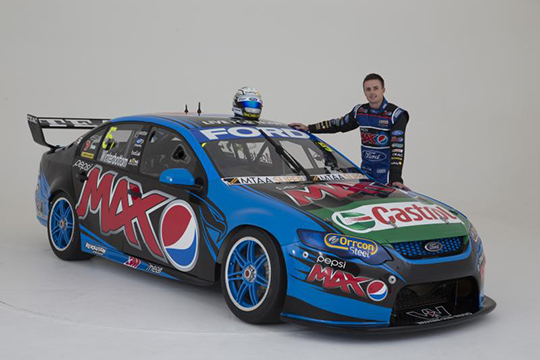 V8 Supercars star Mark Winterbottom will make his international racing debut in the opening round of the Brazilian Stock Car Championship at the Interlagos circuit in March.

Winterbottom will partner Brazilian Sergio Jimenez for a one-off race in the #73 Voxx Racing Peugeot 408.

Wilson was the very first international driver to race V8 Supercars full-time. The Brazilian competed in the Series from 2002 until 2007, racing with Briggs Motorsport, Dick Johnson Racing and WPS Racing, before returning to his homeland in 2008 and winning the Brazilian Stock Car Championship in 2010.

The race on 23 March falls between the non-championship F1 Grand Prix and the Tasmania 400 events paving the way for the Pepsi Max Crew FPR Ford driver to pursue the drive in Sao Paulo.

“The Voxx team emailed me and asked if I was interested and that was pretty cool,” Winterbottom told V8Supercars.com.au. “It is one of the only series I would look at doing apart from NASCAR because they are very similar to our cars.

“It’s a pretty cool looking series. Unlike Courtney, Davison and guys like that I never raced overseas, so when you get the chance you have to take it.

“There are some big names doing it so it is pretty exciting… it will also be really interesting to work with another team.

“I think it is a real credit to our Championship that Voxx extended this invitation.

The format of the race is similar to the old V8 Supercars Gold Coast 600 format where internationals drivers join Championship regulars.

“Both drivers qualify and there is also potential for the co-driver to finish the race, so I could be banging doorhandles with Dean going for the win. That would be great,” added Winterbottom.