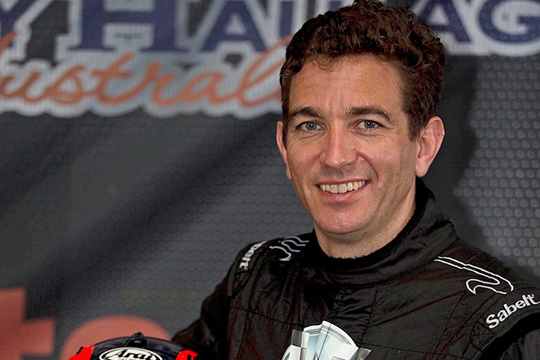 Gavin currently races for the Corvette Racing GT squad in the Tudor United Sportscar Championship in North America and previously competed as an ‘international’ at the Gold Coast 600 in 2011, partnering Greg Murphy to sixth and fourth place, finishing the event third on points.

The 41-year old Brit whose lifelong dream has been to race in the Bathurst 1000, cut his first laps at the Mount Panorama circuit this year, competing in the Bathurst 12 Hour, but knows the V8 Supercar will be present a whole new challenge.

“Racing in the Bathurst 1000 means a huge amount; when I was growing up, it was on the BBC,” Gavin said.

“The GT car had ABS and traction control but the V8 doesn’t have any driver aids, so I imagine it will be pretty lively over the top.”

“It was fantastic, it was great to drive and work with the guys from Walkinshaw Racing, particularly to be sharing the car with Nick,” Gavin said.

“I only got five dry laps in total, but it was great just to spend a day with the team and see how things operate.

“It’s whetted my appetite for more and I can’t wait to get back to Australia for the races later in the year.”