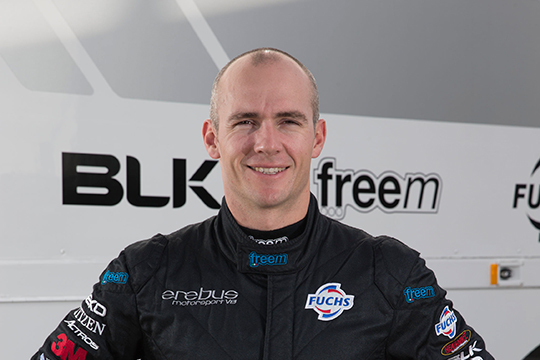 Lee Holdsworth will remain with Erebus Motorsport after signing an extended multi-year contract.


Holdsworth has been a key part of the team’s development over the past 18 months and scored a memorable maiden win for the team at the Winton 400 in April this year.

“Knowing that you’ve got the right people around you is the most importing thing in any business or sport and I certainly know I’ve got that at Erebus,” said Holdsworth.

“I’ve worked with the team for a long time and we’ve been through some tough times but now we’ve seen the light.

“Seeing what our team can overcome and seeing the attitude of the people there throughout those times proves to me that we’ve got the right bunch of people to be a championship team.

“We’re still looking for consistency but I’m confident we’re going to find that. I’m looking at the big picture, not race-by-race, and I’ve got complete confidence in the direction the team is heading.”

Holdsworth recently scored the team’s first ‘one-two’ in practice at the recent Townsville 500 alongside team-mate Will Davison, who has also made headway during his first year for the team with a podium and ten top-10 results, with the pair forming a strong combination.

“Continuity in a team is important and with this being Will’s first year, that relationship will only get stronger. Will and I have a very good working relationship – we both know what we want out of the car and are working towards the same thing so it’s great to have a teammate on the same development path as I am,” said Holdsworth.

“Knowing there’s going to be continuity here for at least the next couple of years with Will and I pushing each other can only make the team stronger.”

“I couldn’t be happier that Lee is staying with us as part of the Erebus family,” she said.

“He had a tough year last year but he persevered and he deserves every success he is getting now.

“Lee is a great ambassador for Erebus and we’re looking forward to what the future may bring.”