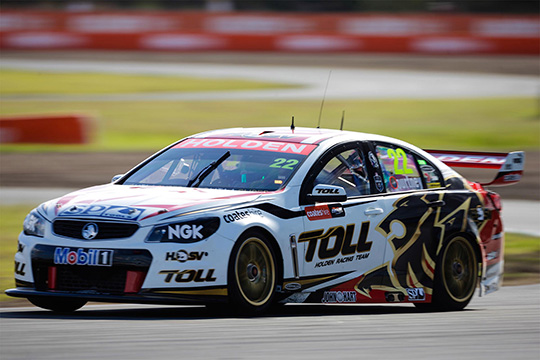 Holden has reinforced its commitment to V8 Supercars despite uncertainty surrounding its future as a manufacturer in Australia.

Holden, like its rival Ford, has suffered from the strength of the Australian dollar, rising production costs and and fierce competition from imported brands, but Holden managing director Mike Devereux told the official V8 Supercars website that it has every intention of remaining in the sport.

“Racing is a natural for us, we are absolutely committed to V8 Supercars,” said Devereux.

“I think we get good value from being involved in the sport and it is part of our DNA.

“The sport is looking fairly robust. There are couple of new teams in there that are showing up well, so I think the sport is pretty healthy.”

Parent company, General Motors will consider the future of its Australian operations after the Australian federal election in Australia.

Holden has been lobbying the federal Government for more co-investment to maintain manufacturing operations after 2016, while its workforce recently accepted a three-year pay freeze and lower conditions to help save the company $15 million a year in labour costs. However, if further assistance isn’t forthcoming, then it’s likely Holden will cease manufacturing in 2016, around the same time as Ford, who announced in May it is to close its two Australian manufacturing plants by October 2016.

A decision on whether Ford will continue its backing of Ford Performance Racing is expected later this year.