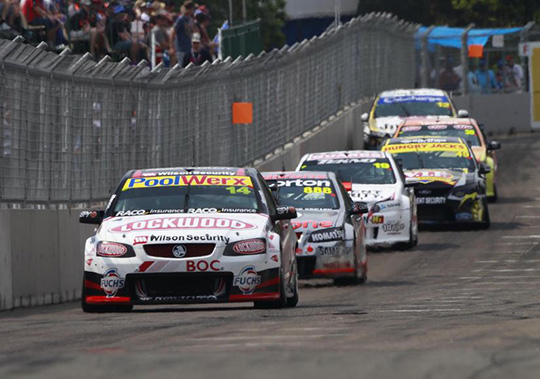 Sitting comfortably in the top ten has been Fabian Coulthard’s spot all year but today’s race, along with his Championship position, took a hit at the last hurdle.

The Lockwood Racing driver was running a strong seventh on lap 71 of the 74-lap race after improving in qualifying to start ninth. He feared the worst, however, when the car’s handling dropped dramatically and limped home in 15th with a rear puncture.

V8 Supercars will be back on track after the summer break for the Clipsal 500 from February 28th to March 3rd.

Fabian Coulthard
Lockwood Racing
“I went over the chicane at Turn Six and Seven and when I landed the car felt strange. I knew from then on that we had broken or damaged something and it turned out to be a right-rear puncture. There’s not much you can do about that on the second-last lap.

“We could have finished sixth or seventh without too much drama today but obviously that’s just racing.

“Unfortunately the enduros were not so kind to the team. We lost a lot of points that could easily have got us in the Championship top ten but I’m looking forward to getting my hands on the Car of the Future now.”