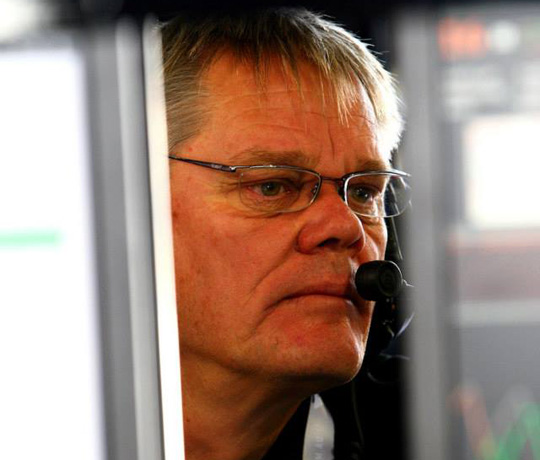 Budget constraints have been confirmed by both parties as the reasons for Little’s departure, who began working with the team midway through 2013 as part of his role at Ford Performance Racing, before a permanent move in November.

Little was tasked with restructuring the team’s technical operations and staffing structure following on from its financial troubles for the team ahead of the 2013 season after the departure of a major backer.

DJR has remained in limbo this year while waiting for progress on a possible buyout by American team owner Roger Penske.

“It’s disappointing to leave a job half done and it’ll be the first time in my life that has happened,” Little told Speedcafe.com.

A statement from Dick Johnson Racing (DJR) management confirmed Little’s departure, but affirmed that its relationship with FPR would not be affected.

“Campbell does not lack the ability or ambition to drive us forward.

“The outcome here is not the desired one but at the end of the day we are a small team in a very tough financial market and climate, no different to any other team in pit lane.

“The FPR-DJR technical alliance is strong and with our existing engineering group stepping up as well we are confident of continuing our improving results.”

Little played leading roles in putting together championship winning teams at Stone Brothers Racing and Triple Eight Race Engineering in the 2000s, as well as a short spell as a technical official with V8 Supercars, but is unsure whether his immediate future lies within the sport.

“There are a lot of opportunities bubbling away in Porsches and other GT cars, particularly overseas.

“That’ll be my focus in the short-term but you never know what will come up down the track.”

DJR has confirmed a test day at Queensland Raceway next week will continue as planned.

“We are trucking on as we have in the past,” Johnson told v8supercars.com.au.

“Like every business the level of operation depends on the finances available. We are always looking at ways of trying to save money yet operate at the highest level.

“This is a case of making sure from this point on we don’t get ourselves into any strife like we have in the past.”