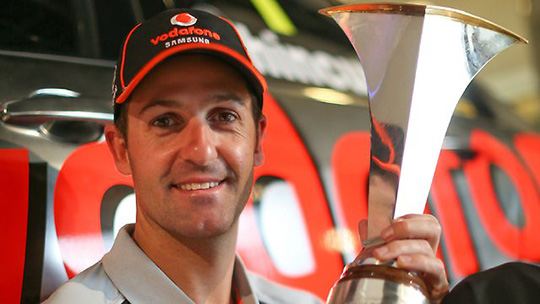 The V8 Supercars drivers’ and teams’ titles are decided through a simple system of point scoring at each race. Here’s how it works over the season…

The current V8 Supercars points system was introduced in 2008.

V8 Supercars Australia amended the scoring after it was felt the previous system, which only awarded points down to 15th place, prevented too many competitors from getting points on the board.

The emphasis is on rewarding race victories, but points are awarded down to the last place if the driver (or drivers) of a car have completed 75% of the race distance, provided they are running at the completion of the final lap and have a final lap time within 200% of the race winner’s fastest lap. Non-finishers will not be awarded points for that race.

If a race is stopped after more than half the scheduled race distance/duration has been completed by the leading car and cannot be restarted, full race points will be awarded.

If a race is stopped before half the scheduled race distance/duration has been completed by the leading car and cannot be restarted, no points will be awarded.

Different points scales are assigned to rounds having one, two, three or four races, ensuring a maximum 300 points for winning all races at any one event.

Clipsal 500 Adelaide, Sucrogen Townsville 400, Armor All Gold Coast 600 and the Sydney 500
A race winner gets 150 points, 12 points more than second place, then the graduation is nine points per place to sixth, six points down to 11th and three points thereafter down to 28th.

Tasmania Microsoft Office 365, Chill Perth 360, SKYCITY Triple Crown, Coates Hire Ipswich 360, Winton 360 and the Phillip Island 360
The race winner receives 100 points, eight points over second place, this then decreases by six points per place to sixth, then by four points to 11th and two points per place thereafter down to 28th.

The two car teams with the highest combined point score from both its cars at the end of the season will be determined the Champion Team.

For scoring purposes, teams with four cars are separated into a pair of two car teams. Three car teams must nominate which two cars will be counted towards the Team Championship prior to race one. The third car will then be eligible for the Single Car Teams Championship.