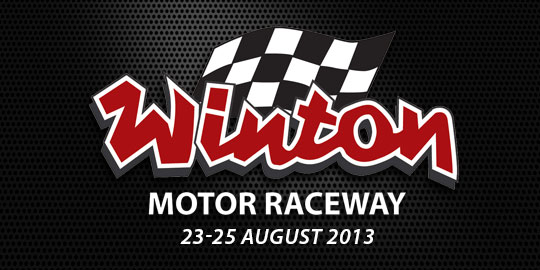 This weekend’s Winton 360 marks the end of the winter break with the V8 Supercars championship heading to Winton Motor Raceway for the ninth round of the season.

Two hours north of Melbourne and ten minutes outside of the rural city of Benalla, Winton Raceway is the home test track for a staggering nineteen of the twenty-eight car field.

Despite being the home circuit for the Victorian teams and Albury (NSW) based Brad Jones Racing, it’s the Queensland teams who have had a higher success rate in recent times claiming nine of the eleven victories since 2008, six going to Triple Eight Race Engineering and the remaining three to Dick Johnson Racing. Garth Tander (2008) and Jason Bright (2011) are the only Victorian-based drivers to have tasted victory in this period.

Since hosting the first round of the International Group A Class Australian Touring Car Championship (ATCC) in 1985, the championship has returned to Winton each year, with the exception of 1987, 1996 and 2005.

In 2012, it hosted the penultimate round of the championship, filling a gap that had been set aside for an overseas event which didn’t materialise. Jamie Whincup, in TeamVodafone colours, claimed the Championship crown, despite a pit stop infringement, which forced him to serve a Pit Lane Penalty. 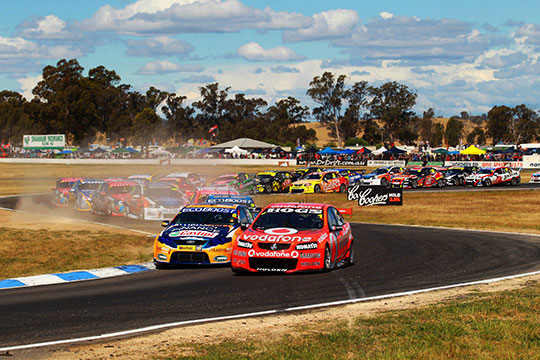 The Winton 360 is the fifth of the year’s six 60/60 Super Sprint races and is the final sprint event before the Pirtek Enduro Cup gets underway.

This weekend will also be the final opportunity, outside of private test days, for endurance co-drivers to get track time ahead the opening race of the endurance season at Sandown next month with time set aside in the first practice session on Friday for them to gain valuable experience behind the wheel. 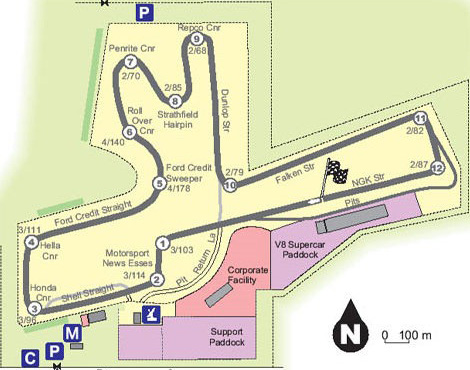 Winton Motor Raceway is the slowest circuit in the championship. Noted for its tight and twisty layout, there are twelve corners, separated by short straights over the three kilometre distance.

Lengthened in 1997, the nature of the circuit, and the high number of second gear corners requires a car that can look after its tyres well. Winton is one of the rare tracks that sees front tyres wear out as much as much as the rears. With the loss of grip in the front, it affects the turn in of the car and the braking performance. Combined with a loss of rear grip, the high degradation can make for a difficult circuit in terms of strategy.

Winton Raceway also has the highest instance of Safety Car intervention than any other track, and the majority of these have been in the opening phase of the race. Since 2000, the Safety Car has featured in 21 of 26 races, the last full race weekend without a deployment occurring in 1999.

Friday:
2 x 75 minute Practice sessions. First 30 minutes of Practice one is for co-drivers only. In the instance there is no co-driver, the car will remain in pit lane.