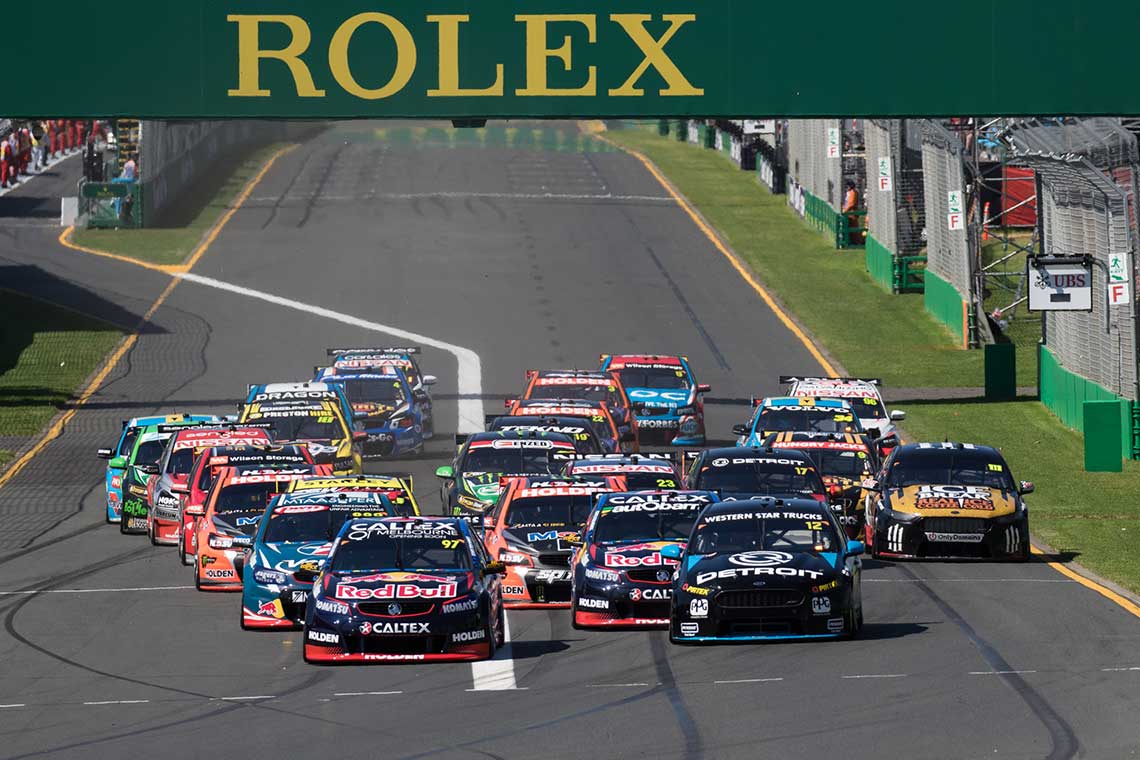 Since its move from Adelaide in 1996, the Supercars have appeared on the Formula 1 Australian Grand Prix every year except 2007. The Supercars races, known as the Supercars Challenge are a “demonstration event” for the series, with results not counting towards championship standings.

The Albert Park circuit is a temporary track which is only used once a year to host the Formula 1 Australian Grand Prix. The circuit uses everyday sections of road that circle Albert Park Lake, a few kilometres from Melbourne’s CBD.

Drivers consider the fast and flowing circuit as relatively easy to master. Its consistent placement of corners allows them to easily learn the track, but overtaking opportunities are limited.