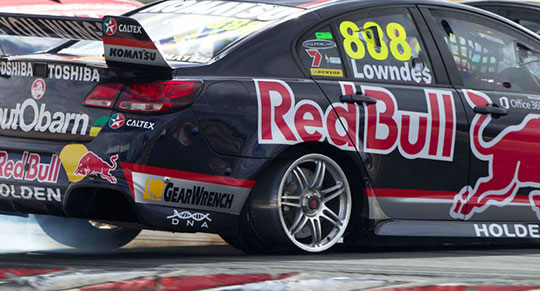 V8 Supercars has tweaked the 60/60 Super Sprint format, introducing a NASCAR style ‘lucky dog’ rule ahead of the next round in Perth.

The rules have been amended to allow any drivers one lap down after the first 60km half to rejoin on the lead lap in the second half.

Drivers that finish the opening leg more than one lap adrift of the leader will remain as they are.

The new rule is similar to NASCAR’s ‘lucky dog’ system which states that when a safety car is deployed, all drivers maintain their track position except the first car off the lead lap which is allowed to pass the leader to move back onto the lead lap.

The change is to prevent the scenario faced by Craig Lowndes in Tasmania when the Red Bull Racing Australia driver lost a lap pitting to replace a punctured tyre. The incident left Lowndes with little chance of regaining the lead lap before the end of the first leg or making progress in the second leg with no compulsory pitstops in either half of the race.

V8 Supercars officials have also amended the ‘half time break to a set 15 minutes, rather than the previously stated “minimum of 15 minutes”.

All cars will remain on pit road with refueling taking place on the pit apron and not in the garages.