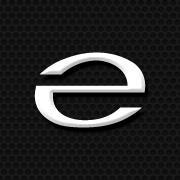 [twocol_one]2013 will be remembered for the arrival of new manufacturers into the championship and a brand new set of technical regulations. At the end of 2012, Erebus Motorsport joined forces with the long serving and highly regarded Championship winning team Stone Brothers Racing.

Under the deal Erebus Motorsport purchased one of the two Racing Entitlement Contracts and are leasing the other from the Stone Brothers before taking over ownership in 2015.[/twocol_one] [twocol_one_last]

After running two Mercedes-Benz E63s for itself and one for satellite team James Rosenberg Racing, Erebus Motorsport has scaled back to two cars for 2014 after the Rosenberg entry switched to Walkinshaw Racing. And in the sport’s most significant driver move of the new season, the privateer team secured the services of former factory Ford driver Will Davison.

Initially designed and developed by AMG’s HWA racing division in Germany, Erebus Motorsport has taken its AMG engine program completely in-house as the team prepares for its second V8 Supercars season following a reshaping of its Customer Sports agreement with the Mercedes-Benz performance tuning division.

With seven top 10 finishes, the team finished the season overall in 10th in the 2013 Team Championship Standings based on the results of the #4 and #9 cars.