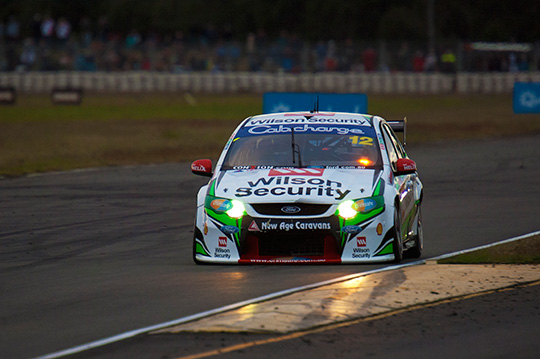 September’s Sandown 500 event will be known as the Wilson Security Sandown 500 under a new sponsorship agreement which sees the security services firm further expand its support within V8 Supercars.

The naming rights to this year’s Sandown 500 is part of a multi-year deal which sees Wilson Security appointed as the Official Security Supplier and Security Partner to V8 Supercars from 2014.

Following rookie Chaz Mostert’s debut career win in July, Wilson Security announced it would remain as title sponsor to the two Dick Johnson Racing run cars of Mostert and Tim Blanchard until the end of the season. The firm also backs the Brad Jones Racing entry driven by David Wall and has a variety of other sponsorships in place across a number of support categories.

“V8 Supercars is a universally appealing sport that enables a diverse range of sponsors to be involved at vastly differing levels. This can be as simple as corporate hospitality or on track signage to total event integration and ownership of events, up to the Championship itself,” V8 Supercars CEO James Warburton said.

“In Wilson Security’s case this is an extension of their substantial commitment to the sport at a range of levels. They see great opportunities for their brand in a multi-platform sponsorship portfolio, adding their unparalleled security expertise to the mix”

The Wilson Security Sandown 500, the opening endurance race of the inaugural Pirtek Enduro Cup, will be held on 13-15 September.