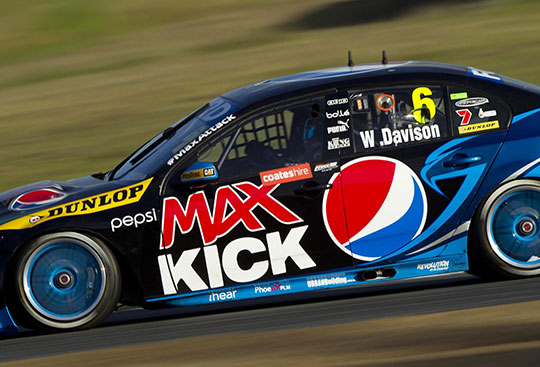 Will Davison has taken his first pole position for the year at Ipswich’s Queensland Raceway as Ford turned the tables for Race 24.

With Ford taking four of the top five spots on the grid, Scott McLaughlin (Fujitsu Racing GRM) was the best placed of the Holden’s in sixth position. After smoke was seen pouring from the rear of his Commodore at the end of the previous session caused by the oil level being too high, McLaughlin’s times left him at the lower half of the field for much of the session, until he jumped into fourth in the closing stages, before being pushed back to sixth.

Craig Lowndes improved in the second session to finish in the top ten and will share a row with teammate Jamie Whincup after the Red Bull Racing Australia’s pair struggled for pace.