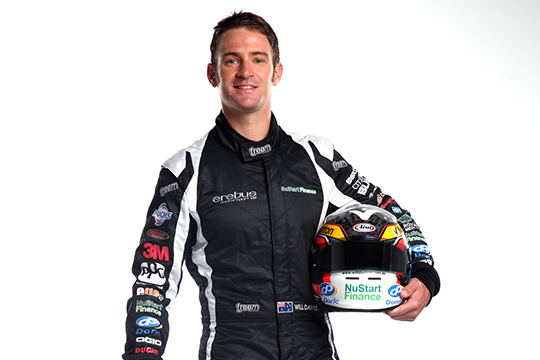 Erebus Motorsport has officially confirmed Will Davison will join its driver line-up for the 2014 V8 Supercars Championship.

Davison has signed a long-term contract with the team and replaces Maro Engel in the #9 Erebus Motorsport AMG E63 following the team’s announcement that it is to scale back to a two-car Erebus operation for 2014. Davison will join Lee Holdsworth, who will continue to drive the #4 entry.

“It’s a major coup for us … Will is among the top three drivers in Australia with a tremendous record of success over the past five seasons and we’re delighted in the commitment he’s shown in us for the future, he’ll be a key part of our success as we move forward. With the combined strengths in Will and Lee I am very comfortable with our strategy.”

“Will Davison is already one of the sport’s most successful and professional drivers, and he is the perfect fit for us, in and out of the car.

“He’s an impressive young man and we all are looking forward to working with him to take on the very best there is in our sport.”

Rumours of Davison’s move to Erebus Motorsport first came to light in October when Ford Performance Racing announced Chaz Mostert would be joining Mark Winterbottom in 2014 and Davison himself confirmed he would be leaving the factory Ford team at the end of 2013.

Davison ended his three-year tenure at Ford Performance racing on a high claiming third in the Championship and 2014 will mark his eighth consecutive year as a full-time V8 Supercars driver, having previously driven for Dick Johnson Racing and the Holden Racing Team.

“Will is joining Erebus, and I couldn’t be happier,” wrote Klimenko.

“He is a lovely boy, who sees the big picture.

“He understands that he is coming into a team that is still finding its roots, and he understands that we are not just one category, we are a motorsport company, we embrace the whole of the sport, and we want drivers and crew to be able to do the same.

“Will will be, as all our drivers have been and will be, part of the evolution of our cars. I believe this makes for a good team, the synergy between driver, engineer, mechanic and car. He understands this and this is what drew me towards him as a driver in the first place.”