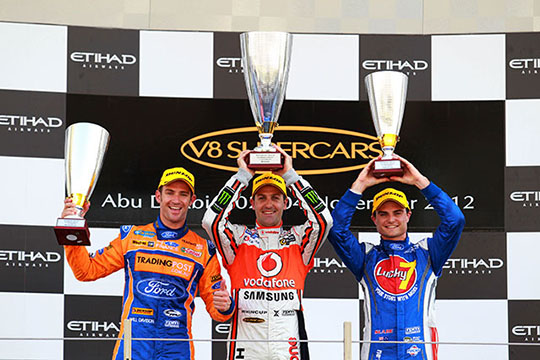 The Championship leader got one his best starts of the season and moved into the lead off the line. Whincup led from start to finish to take his 11th win of the season.

Lowndes held his position off the start before passing Ford rival David Reynolds on the second lap of the race to move into 11th position. The #888 driver maintained his position until the race end.

Whincup has extended his lead in the 2012 V8 Supercar Championship Series and now sits 296 points ahead of Mark Winterbottom while Lowndes remains third on 2971 points.

The Brisbane-based outfit now heads back to Australia to prepare for the penultimate V8 Supercar Championship Series event at Winton Motor Raceway on November 16-18.