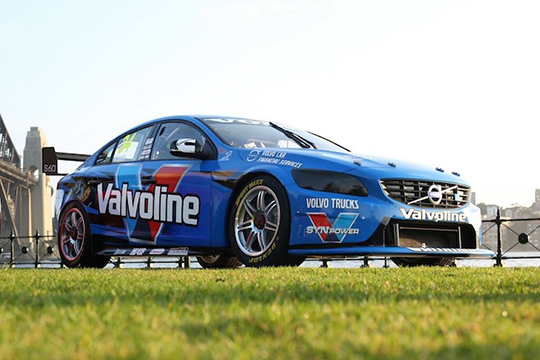 The build-up to the 2014 V8 Supercars Championship season has continued with Volvo Polestar Racing launching its striking Valvoline-backed S60 contender by the Sydney Harbour Bridge.

“This is a significant day,” said Christian Dahl, owner of Polestar.

To that end, we’re looking forward to the challenge of the V8 Supercar Championship.” 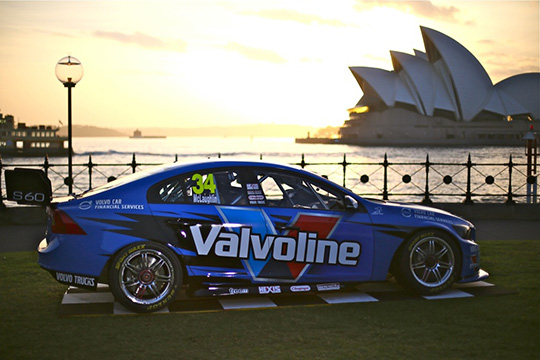 “For all the GRM staff it is incredibly satisfying to see the next step of all the hard work and energy they have put into designing and building the Volvo S60 V8 Supercar over the last 12 months.

“During this process, this same group of workers were also responsible for the preparation and running of our 2013 V8 Supercar Championship cars, so it makes me extremely proud to be surrounded by such a never-say- die group.

“We cannot wait to get on with the racing.”

New recruit Robert Dahlgren cannot wait for the season to get underway.

“This is a race car like no other. It is really challenging, but fun, to drive. The power is insane, you need to treat it with respect. I am very much longing for the season start in Adelaide where I am going to face the biggest challenge of my racing career,” said Dahlgren.