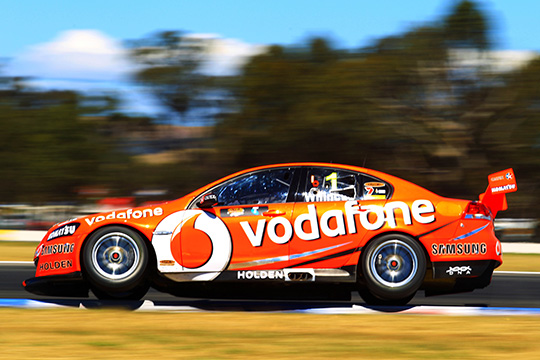 Following six successful years of partnership, the time has come for Vodafone and Triple Eight Race Engineering to take to the track one last time together.

The two Holden Commodore’s will carry the Vodafone livery for the final time at next weekends Sydney 500 street race, will be racing in a special livery, a tribute to the success the two organisations have achieved together over the past six years.

Since becoming TeamVodafone in 2007 the team boasts a 46.15% winning ratio having won 84 of 182 V8 Supercar Championship races contested so far.

Champion elect Jamie Whincup and teammate Craig Lowndes will unveil the livery at 10.15am on Tuesday 27th November at Hickson Rd Park in The Rocks.

While Vodafone won’t be a major sponsor of the team in 2013 it remains a massive supporter of the championship-winning outfit and will barrack the team from the sidelines next year.