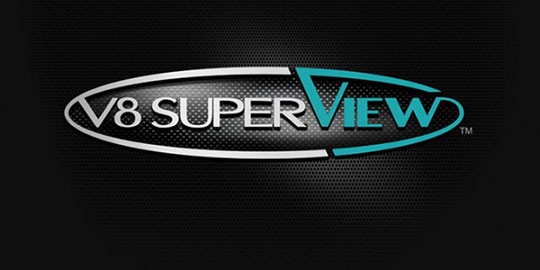 Live and uninterrupted coverage of every round of the V8 Supercars Championship will be made available to fans across the world with the launch of V8 Supercars’ new streaming service V8SuperView.

After trialling the service from the opening two rounds of the season, coverage of this weekend’s ITM Auckland 400 will again be free to view, giving fans the opportunity to try the digital streaming product before it becomes a subscription-based service from round four of the Championship in May onwards.

Two package options are available to choose from, with coverage available on personal computers, tablets and mobile phones via video platform provider, Brightcove.

“Each race is streamed live in high quality with no ad breaks, which of course means non-stop commentary and action.

“Now we are in full control of our digital rights we can offer fans this amazing new service at a fantastic rate.

That is less than five dollars for every event this year, which is incredible value for money.

“It means fans around the world and those on the go can watch both Championships live, including Casey Stoner’s debut season in the Dunlop Series. It’s also a fantastic complement to the outstanding V8 Supercars coverage on the Seven Network and Speed Channel in Australia and that of our broadcast partners worldwide.”