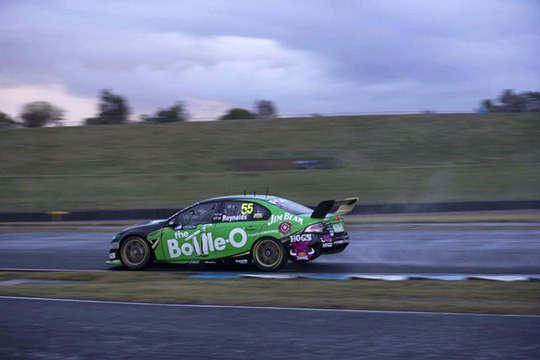 The aftermath of this weekend’s round at Sydney Motorsport Park has seen a slew of penalties handed out with most being directed at incidents from the wild wet weather racing on Saturday.

James Moffat suffered a 35 point loss after his contact with David Reynolds caused a collision that resulted in the end of Reynold’s race and the end of Tim Slade’s weekend.

Moffat’s penalty carries an added severity due earlier convictions this season and drops him from 14th to 16th in the championship standings.

Percat’s race then went from bad to worse when he had 30 seconds added to his overall race time for passing Michael Caruso in yellow flag conditions.

Rick Kelly was the only driver to feel the wrath of the stewards after Sunday’s race. The Nissan Motorsport driver was given a 25 point penalty for contact with Tander on the final corner that sent the Holden Racing Team driver from 12th to 18th. The penalty drops Kelly to 16th in the championship.

Volvo’s horror Saturday was compounded with news that they will be penalised after Scott McLaughlin’s Volvo S60 lost a wheel on lap one of the second Saturday race. The penalty consists of a $10,000 fine (half of which is suspended until the end of the year) and a 50 point Teams’ Championship deduction.