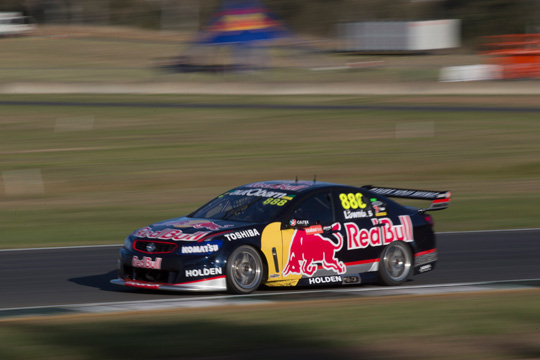 Triple Eight Race Engineering has announced that it will field a third, stand-alone VF Commodore as a Wildcard entry in October’s Supercheap Auto Bathurst 1000.

The V8 Supercars Commission and Board granted approval for the wild card entry which will be supported by Holden and will run independently from Red Bull Racing Australia.

It will be located at the opposite end of the Bathurst pit lane to the two Triple Red Bull Racing Australia entries of Jamie Whincup/Paul Dumbrell and Craig Lowndes/Warren Luff.

Up to six Wildcard entries can be granted for the Sandown 500 and Bathurst 1000, but Triple Eight are the only team to have applied so far.

No drivers have been confirmed.

The Shannons Supercar Showdown entry, run by Kelly Racing in 2011 and Dunlop Series team Minda Motorsport in 2012, has been the only wildcard entrant in the last two Bathurst 1000’s, but will not compete at Bathurst this year.