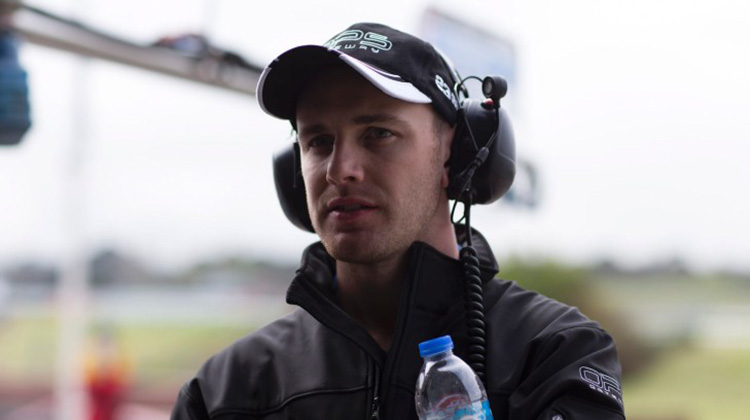 Lucas Dumbrell Motorsport has completed its 2015 V8 Supercars line-up with the signing of Tim Blanchard.

Blanchard returns to the main game in Lucas Dumbrell Motorsport’s second entry after impressing team boss Lucas Dumbrell in last year’s Pirtek Enduro Cup alongside Russell Ingall, with the pair finishing eighth in both races, the team’s best result since Tasmania in March 2014.

Blanchard made his V8 Supercars debut in 2010, but the 27-year old was left without a drive last year after one season as a full-timer with Dick Johnson Racing in 2013.

“After sitting out a year from full-time driving, I was determined to get back on the grid in 2015,” said Blanchard.

“When the opportunity arose to join Lucas and the team I was rather excited.”

With veteran Ingall behind the wheel, 2014 marked LDM’s best Championship finish in its five years, and Blanchard hopes to o achieve even better results this year.

“Having worked with LDM last year it became evident that the team were making the rights steps in improving their performance.

“I learnt a lot throughout 2013 and feel I am much better prepared and have greater understanding of what is required to race at this level.

“I feel much more prepared this time and really want to use my experience to hit the ground running and get some strong results to start the season.”

Lucas Dumbrell revealed discussions had been ongoing since last year’s endurance events, but believes Blanchard is a perfect fit for the Melbourne-based outfit.

“I am thrilled to have Tim join us full-time this year,” Dumbrell said.

“We have been in discussions since last years enduros – he did a really good job and was consistent throughout.

“Towards the end of 2013 he was driving very well, he showed that he had the ability to run with the top contenders.

“He showed tremendous potential and it was disappointing to see him without a drive last year.

“It is great to have Tim return to the category full-time and I have no doubt he will be competitive.”

Blanchard will campaign the Triple Eight Race Engineering-built Commodore he and Ingall drove last year, which has undergone a full rebuild over the off season.

His car will compete as number #3, the same number Blanchard campaigned when he won the Australian Formula Ford Championship in 2007 and claimed second in the British Series the following year.

The team is also in negotiations with Triple Eight to upgrade its customer package and receive increased support for the 2015 season.