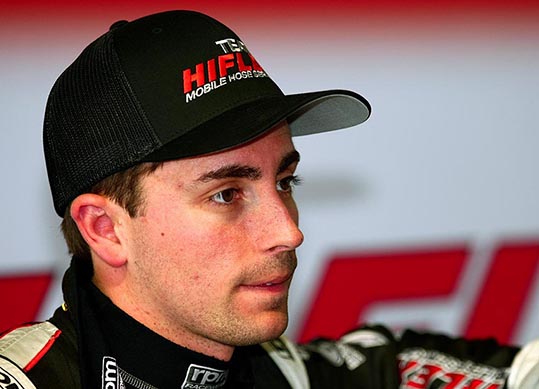 After the team’s Sandown 500 chances were destroyed when the Team HIFLEX entry was taken out contention by another car early in the race, D’Alberto and Wood are one of just six combinations to remain together since last year’s endurance races.

With that continuity, the team is hoping to turn around their sour Sandown luck and repeat – or even better – their 2011 Bathurst efforts.

The pair scored a strong ninth place last year, and with D’Alberto proving to be very strong in most events during 2012, the pair are full of optimism.

The 2012 Supercheap Auto Bathurst 1000 celebrates the 50th year of ‘The Great Race’ at Bathurst, with D’Alberto and Wood joining the rest of the V8 Supercars drivers in the town centre at Bathurst for the traditional truck parade and autograph signing session.

The Wednesday Bathurst crowd, by all accounts, was the largest ever seen, and the crowd numbers are expected to remain high over the next four days, especially with the sunny conditions expected over the coming days.

Track action begins with practice on Thursday and Friday morning, before qualifying on Friday afternoon. The traditional top 10 shootout will be on Saturday afternoon, followed by ‘The Great Race’ on Sunday.

“Today has been out of control busy for a Wednesday. There were thousands of people lining the streets in Bathurst for the driver’s signing session. I’ve never seen anything like it before. It was absolutely amazing,” said Tony D’Alberto.

“Good weather is predicted for the next few days. It’s got all of the elements to produce a sensational event.

“Our focus early in the week is to make sure we’re in with a shot at the end of the weekend, but we are also very focussed on having a fast car for qualifying, and that will really dictate our strategy for the race.

“It makes life so much easier if you’re in that lead pack, so qualifying is going to be crucial.

“We’d like to match last year’s result, maybe even go a couple better. We have the same crew, I have the same co-driver, all the continuity is there, so there’s on reason why it can’t happen.

“No one was pleased about the last round at Sandown. We’ve put a lot of work in, and we’d like to get the result that we think our whole team deserves.”

“We’ve done all the preparation we can do, now we just need to get our act together on the track and let it fall into place,” said Dale Wood.

“Tony and I have been working together all year, we know each other well and what we’re capable of. Everything has gelled, we just need it to come together on race day.

“I’m doing the Dunlop Series races in a Commodore too. The advantage is that I’ll be keeping fresh. Driving the two different cars takes a couple of laps to get your head around it, but it just means I’m a bit fresher everytime I get in.”