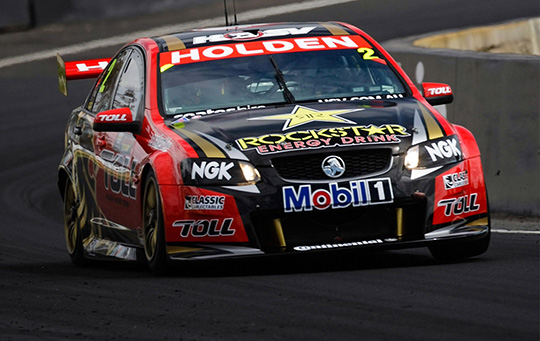 After putting yesterday’s qualifying altercation behind him, Tander showed great pace in this morning’s fifth practice run posting the second quickest time of the session.

The reigning Bathurst Champion was the third car out in this afternoon’s top 10 shootout and he quickly posted a competitive first sector time of 0:52.3075. Tander continued his fast, clean form to post a very credible 2:08.4755 lap.

The Great Race commences at 10:30am tomorrow (Sunday) – please check your local guides for full coverage information via the Seven Network.

“It was quite a difficult shootout this afternoon. The weather was coming in and the track grip was questionable.

“I probably didn’t push on as I should have during the first part of the lap. The car was quick across the top of the mountain and then I lost a bit of time in the last sector.

“We’ll start from sixth –I’m really looking forward to the race tomorrow –we’ll certainly be giving it our best shot.”