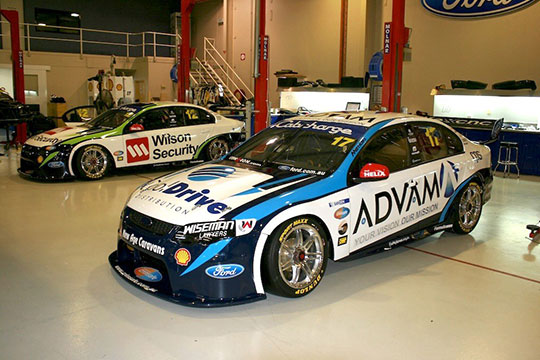 Steven Johnson will not drive for Dick Johnson Racing in 2013 after stepping aside to allow a new driver to take his seat.

Despite announcing that new backing from Wilson Security and ADVAM will enable the cash-strapped team to put two cars on the V8 Supercars grid at the Clipsal 500 Adelaide, Johnson will now take up the role of general manager at the team.

Having made his full-time V8 Supercars debut with the team in 2000, stepping aside after 13 seasons was a difficult call, Johnson told The Daily Telegraph [Australia].

“It was a really tough decision because I would love to be out there driving a V8,” said Johnson.

“I wanted to be on the grid, but let’s face it, I’d much rather see the team succeed and have a future than me being in the car.

“I could have gone on, but the team’s future would have been in doubt. It’s not all just about me. It really killed dad to tell me that I did not have a full-time job in the car. He is as disappointed as I am, but at the end of the day I would rather do this than see the team collapse in six or 12 months.

“I am a driver but this year I am moving into a managerial role. It is a bit sooner than expected, but it is a challenge I am looking forward to. We want to consolidate the business and be in a strong position in 12 months.

“There are positives in all of this because I think I can take some pressure off dad. He has been under immense strain and I can take on some of that now.”

Dick Johnson Racing will announce its second driver this week.