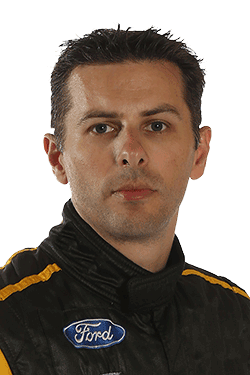 Owen, who missed out on a full-time drive this season has signed a two-year deal with Ford Performance Racing, completing the team’s driver line-up for the three-race Endurance Cup.

Owen joins Steve Richards, Dean Canto and Chaz Mostert at FPR, although the final pairings are still to be confirmed.

The former two-time V8 Supercars Development Series Champion enjoyed main game success in the endurance races with a race win in the Gold Coast 600 in 2010 alongside Jamie Whincup.

“I am excited to have the opportunity to drive for FPR and to be alongside Will who is always one of the favourites to win the race,” Steve said.

“When he chased me so hard after I lost my full-time drive it showed he thinks I am integral part of him challenging for wins so it was a no-brainer to sign with the team.

“The ideal situation for me is to be driving a Ford so it doesn’t get any better than to be doing that for FPR. I couldn’t be happier.”

Davison is looking to build a strong partnership over the next two seasons after pushing hard to partner with Owen, the pair having worked together in 2008 and 2009 as part of Dick Johnson Racing’s and then Walkinshaw Racing’s endurance campaigns, although never as a driver pairing.

“It was my number one preference for the enduros to have Steve driving with me as he is easily the pick of the drivers available,” Will said.

“I lobbied hard to get him on board so I am glad it has come off as we get along very well. He was at DJR and Walkinshaw when I was and he shared my car in co-driver sessions over the years and physically he fits in my seat and seat belts so that’s a bonus.

“Steve is extremely fast, easy to work with and has excelled at all of the circuits in the Endurance Cup so that all makes him the perfect choice.”

Owen will make his FPR debut with the team at its still-to-be scheduled test day at Winton.