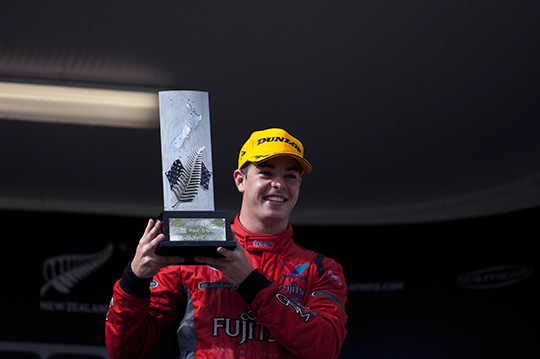 Scott McLaughlin will remain with Garry Rogers Motorsport after extending his contract for three years.

McLaughlin has announced he put pen to paper on a new deal which will keep him at the soon-to-be factory Volvo team until the end of the 2016 season.

The 20-year-old Series rookie is hot property after becoming the youngest ever winner in V8 Supercars history earlier this year, with race wins on home soil in the ITM400 Auckland and in the MSS Security V8 Supercars Challenge at the Australian Grand Prix.

“Very excited to announce I have signed a new deal with Garry Rogers Motorsport which will see me race with them till the end of the 2016 season,” said McLaughlin.

“Garry gave me my opportunity in the main series and I am looking forward to sticking by him and the team, and being a part of Volvo’s growth in V8 Supercars.”

Teammate Alexandre Prémat’s future is still to be confirmed, though team principal Garry Rogers disclosed his desire to retain an unchanged line-up in 2014 at the launch of the Volvo Polestar Racing program in June.