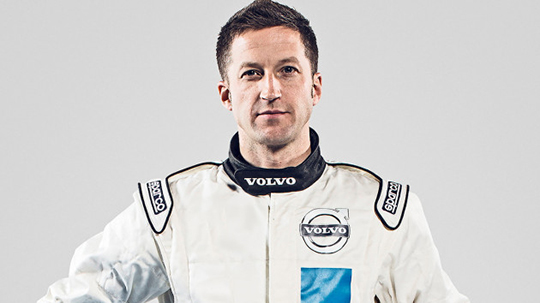 “I am really happy to be joining Volvo Polestar Racing in V8 Supercars, it is a dream come true for me,” Dahlgren said.

“The V8 Supercars is a championship like no other in the world and one that every racing driver wants to race in.

“I will be facing fast and experienced drivers who know the championship and circuits inside out, but I am looking forward to the challenge – it’s definitely one of the biggest of my career.”

Following a successful career in international single seaters, where he won the Swedish Formula Ford Championship in 1998, and the British equivalent in 2001 (alongside James Courtney), Dahlgren spent two years in British Formula 3, before returning to Sweden and the Swedish Touring Car Championship in 2004.

In 2010, Dahlgren won the Scandinavian Touring Car Cup (awarded to the driver with best results from selected races in the Danish and Swedish seasons) before switching to the World Touring Car Championship (WTCC) in 2011 claiming the first WTCC points ever in Volvo’s motorsport history ahead of a switch to the TTA – Racing Elite League in 2012.

Alongside his racing, the 34-year-old has been an integral part of Polestar’s race and production car development, most recently its first road car to be put into production – the Volvo S60 Polestar, the same model to be used by Volvo in its 2014 V8 Supercars campaign.

“Robert’s experience and ability to develop a race car will be critical in our debut racing season, so we’re all looking forward to seeing what he – and Scott – can do with the Volvo S60 out on the track.”

Team principal Garry Rogers revealed he had met with Dahlgren several times and believes his professional attitude and considerable years of experience make him a good fit.

“It was excellent news for all the GRM team when we were chosen by Volvo to join Volvo Polestar Racing as they entered the V8 Supercars Championship in 2014 with their S60,” said Rogers.

“With Robert Dahlgren joining Scott McLaughlin in the team I see this as a great opportunity to continue with our recent solid performances. Robert’s history shows he has proven to be a successful Volvo Polestar Racing driver.

“Being a winner of the British Formula Ford Championship – one of the world’s most competitive categories – he should adapt to our cars quite quickly and be a big positive for the team.”