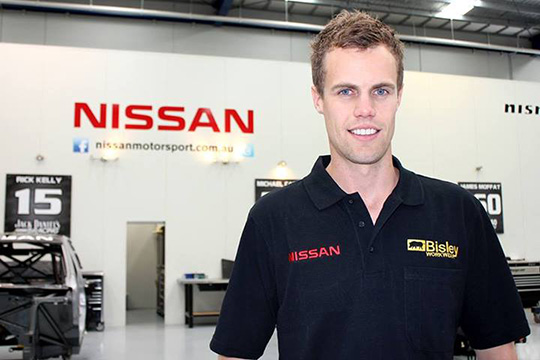 Sinclair will replace team manager Rob Crawford and will oversee the on-track competition operations of the team, while Craig Spencer will continue his role as general manager of Engineering.

Sinclair helped James Courtney to win the 2010 championship for Dick Johnson Racing and followed Courtney’s switch to the Holden Racing Team in 2011, where he led the development of its Car of the Future program.

“I’m looking forward to the challenge of my new role at Nissan Motorsport,” said Sinclair.

“I feel that Nissan is an emerging force in the sport and I’m excited about being part of the next phase of its success.

“Todd and Rick Kelly have put together a very strong team and the facility at Braeside is state of the art. I really can’t wait to get into the new role.”

“We are all confident Scott will lift the bar for us in all aspects of our team’s racing and competition function.

“Scott will work closely with Craig’s engineering group and at the same time provide fresh young leadership for our car crews.”