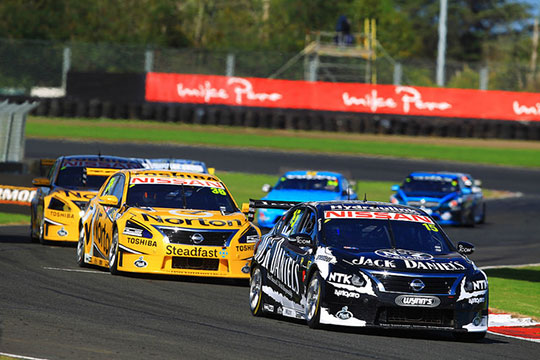 Nissan has appointed a Motorsport Activation Manager to further promote its involvement in V8 Supercars.

The full-time position was put in place by new Nissan Australia managing director Richard Emery and comes at a time when Nissan’s off-track marketing efforts have been overshadowed by new rivals Volvo. Emery wants to fully utilise the multi-million dollar investment in the series through sponsorship activation and as a promotion of the brand to its staff, dealer network and the general public.

Emery believes that Nissan’s V8 Supercars program needs to be leveraged in order to judge its real value. He spoke with v8supercars.com.au about its approach.

“We need to set some (key performance indicators) and say ‘what do we want out of this? How do we measure what we want? Then we can be honest and then once you decide what you want, you go and resource that with the money, people, programs, whatever.

According to Emery, Wiley’s main focus “over the next two or three years will be to make sure the program works at our level so that in two years time or whenever the timeframe is, we can put our hand on our heart around the boardroom table and says it’s worked or it hasn’t”.

In the same statement, Emery also denied that he ever harboured a dislike for the Series. Emery was perceived as holding such a view in his previous role as general sales manager at Mercedes-Benz Australia/Pacific when the company failed to support Erebus Motorsport’s venture in V8 Supercars.

“I am a motorsport person and enthusiast,” Emery explained. “My attitude is that motorsport is an important part of what Nissan is, so therefore we should be involved in it.

Emery also reflected positively on Nissan Motorsport’s development in the series so far.

“I can see the on-track stuff maturing to a point where I am pretty happy with it,” Emery said. “We would like it to be stronger… but certainly their expectation is they will get one or two cars in the top 10 at the end of every event.”

The Nissan’s will be back racing with the rest of the field at the next round of the championship in Darwin on 20-22 June.