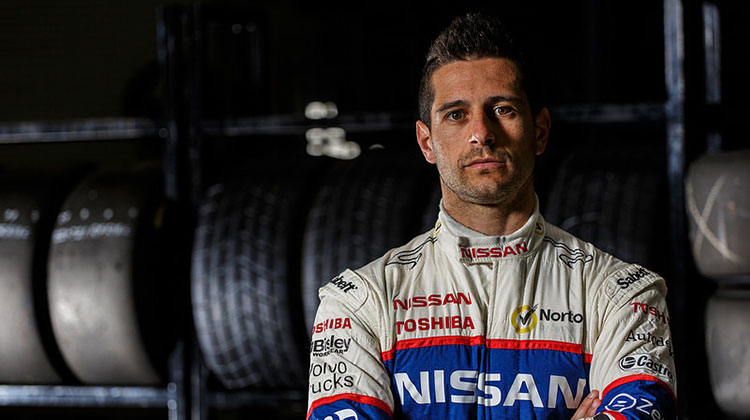 Michael Caruso will remain with Nissan Motorsport after putting pen to paper on a new multi-year contract with the official factory V8 Supercars team.

Caruso, Nissan Motorsport’s best performing driver in 2014, joined the Melbourne-based team last season after five full-time seasons at Garry Rogers Motorsport, but his future has been the source of much speculation recently.

With team-mate James Moffat having inked a new multi-year deal last year, the new deal provides stability for Nissan team, although owner/driver Todd Kelly has also been at the centre of recent speculation about his future.

“I’m very excited. It’s fantastic that I can stay along this path with Nissan,” said Caruso.

“We’ve put a lot of hard work into the team in the past couple of years and I know we have a great deal of success ahead of us.

“The team is currently going through some changes on the commercial front, but the great thing is that the guys came to me straight away and locked me away. That was extremely comforting and it’s great that they had me in the forefront of their mind.

“It’s great to have my future secure, but I’ve still got this season to worry about. I’m currently 12th and one point off 11th and I’d love to finish inside the top 10 in the championship. That is definitely achievable, but it’s not going to come easy. We have to make it happen.

“We are progressing really well, we have lots happening behind the scenes and we’ll just continue to do the best we can.”