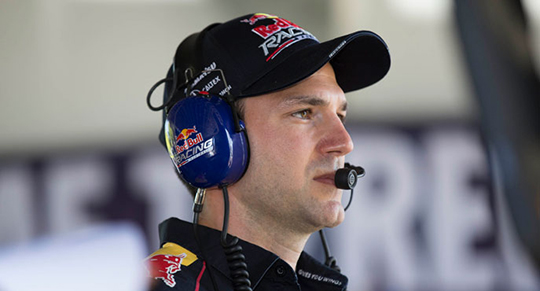 Dutton, the mastermind behind all five of Jamie Whincup’s V8 Supercar titles, takes over the position previously held by Adrian Burgess before his departure for Walkinshaw Racing.

Jamie Whincup’s #1 Holden Commodore will now be engineered by David Cauchi as the defending champion chases a record sixth title.

Cauchi, a former data engineer for Whincup, joined the team in 1998 and spent most of 2013 as Dean Fiore’s engineer at Triple Eight customer outfit Lucas Dumbrell Motorsport.

On the other side of the garage, Jeromy Moore will continue asCraig Lowndes’ race engineer for a seventh consecutive season, although Moore will also take on the role of the team’s Chief Designer.

Both Mark Dutton and Jeromy Moore have been with the team throughout its ten-year history since owner Roland Dane established Triple Eight Race Engineering Australia in 2003.

Triple Eight has also confirmed an extension of the partnership with energy drink company Red Bull as naming rights sponsor through to the end of 2015.

Caltex Australia will also substantially increase its support with the leading fuel supplier to feature more prominently on the team’s 2014 cars.