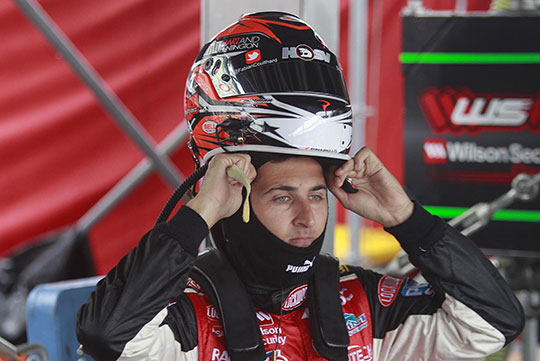 Full throttle was not an option for Lockwood Racing’s Fabian Coulthard today at the Sydney Telstra 500 as a mystery problem hampered his race.

The Kiwi qualified 12th after a stranded car spoiled his hot lap and, with 74 laps in 60 degree+ cockpit temperatures, paced himself in the opening laps.

At quarter distance he was running 17th following a pit stop under safety car that saw him have to queue behind teammate Jason Bright.

Six laps later, however, he was back in the pits after reporting a problem with his throttle. The team tried to fix it but, ultimately, retired the Commodore.

Fabian Coulthard
Lockwood Racing
“We can’t afford to have reliability issues and not be getting points but, fortunately, today was one of those days when everyone up the front in the championship had a shocker so we only lost one place.

“We’re still unsure exactly what’s wrong with the car. It’s definitely something to do with the throttle sticking.

“In qualifying we got a lap spoiled right at the end. Unfortunately Lee Holdsworth went off at Turn Eight and was beached on the inside of the curb. That caused the yellow flag while we were on our hot lap. It affected my last chance at a quick time and also my teammate Brighty’s.”