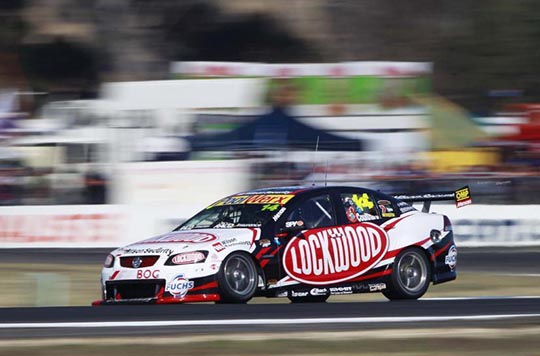 Coulthard, however, missed a radio call to come in preventing him from following a similar strategy.

In the closing stages his tyres were past the point of no return and Coulthard slipped off the circuit at Turn Five whilst defending 10th place. He re-joined, two spots down.

Fabian Coulthard
Lockwood Racing
“We struggled mainly for tyre life; that was our biggest problem. Theres not much you can do if you suffer tyre degradation, you wont last the distance without being hounded by everyone else.

“I didnt hear a call on the radio to pit when the safety car was deployed because of interference. I heard the repeated call but it was too late, which definitely put us on the back foot.

“The tyres were pretty worn out by the last lap and I lost grip and slipped off the track on Turn Five at The Sweeper and unfortunately lost two positions.”