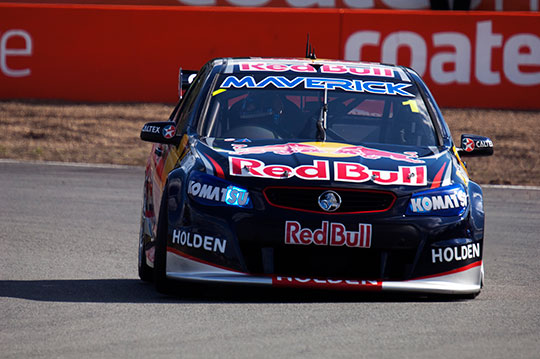 After admissions earlier in the week that he can be ‘lazy’ when it comes to races at his home track, the championship leader took top spot for the 60/60 super sprint race with the entire field separated by just 0.8s

Whincup set the early pace before heading into pit lane as the track quickened up, choosing to chance a final single-lap run. Meanwhile, the track continued to belong to the Holden teams as Jason Bright (Team BOC), James Courtney (Holden Racing Team), and Fabian Coulthard (Lockwood Racing) took charge of the field.

As the session entered its last five minutes a previously quiet track came alive once again with cars pouring onto the track with fresh tyres. Pushed back to 17th position, Whincup jumped to the top of the sheets and returned to pit lane to wait out the final minute. His time, 1.09.2730, was enough to hold off the challengers and Whincup was left to celebrate his ninth pole of the season.

Race one gets underway at 1540 local time.