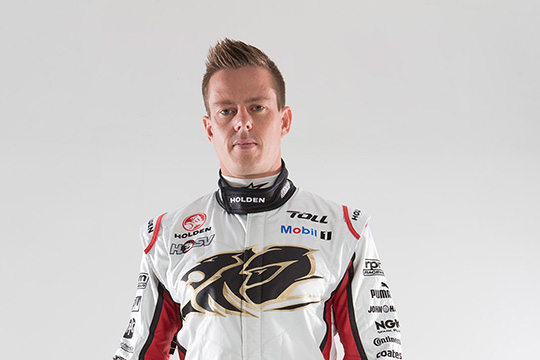 James Courtney has committed his future to the Holden Racing Team by signing a three year extension to his contract.

The Holden Racing Team today announced they have agreed terms on a new deal which will see the 2010 Series Champion remain with the factory Holden squad until the end of 2016.

Courtney moved to the Holden Racing Team (HRT) after winning the 2010 V8 Supercars championship with Dick Johnson Racing and this new agreement will take his time with HRT out to six years, his longest partnership in racing.

“Over the last three years I’ve built a great relationship with everyone at the Holden Racing Team, its loyal army of fans and Holden,” Courtney said.

“We’re starting to get some good traction with the development of our new VF Commodores and to be able to continue with the team for another three years is fantastic.”

“James was our first choice, and we worked hard on a satisfactory arrangement for him to stay at HRT,” Hallam said.

“James has been a contributor to our development program and we were very keen for him to continue. I’m sure we will achieve more success with him behind the wheel of an HRT Commodore.

“James has a great working relationship with Garth Tander; their combined feedback is a valued asset as shown by our progress this year.

“James’ commitment to HRT demonstrates he has great faith in our program and future direction and will inspire every member of the team.”