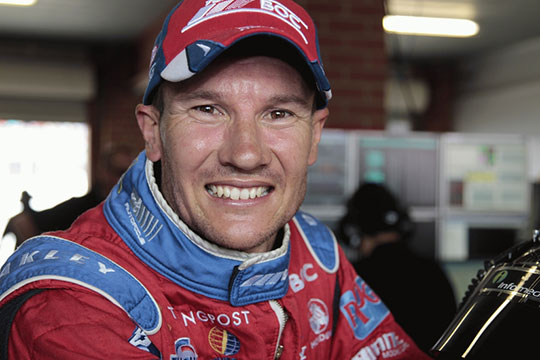 V8 Supercars will honour the memory of New Zealander Jason Richards with the trophy for the ITM400 Auckland round set to bear his name.

The Jason Richards Memorial Trophy will be awarded to the driver with the best combined results over the four V8 Supercars Championship races at Pukekohe Park Raceway, on 12-14 April.

Richards, who competed in V8 Supercars for 11 season from 2001, passed away 16 months ago after losing his battle with cancer. His wife and two daughters will attend the event to present the trophy to the winner.

“There was nothing he wanted more than to succeed in the V8 Supercars at home and I know he would be thrilled to see the event return to Pukekohe,” Richards’ wife Charlotte said.

“To have the trophy named in his honour and to have it presented for the first time in the 50th anniversary of his favourite New Zealand race track is special.”