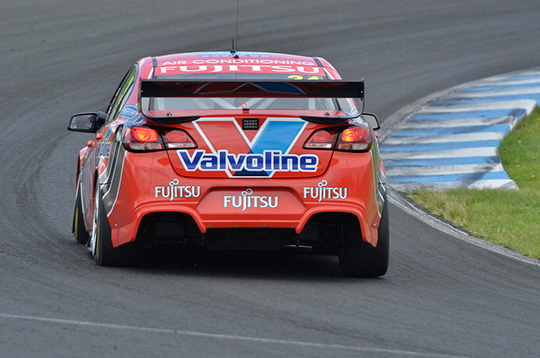 Valvoline will replace Fujitsu under its new factory Volvo Polestar Racing guise with the team to be known as Valvoline Racing GRM.

Valvoline has been involved with the team since 1988 and was the title sponsor from 1996 when GRM first entered the V8 Supercars Championship through to 2009.

“Valvoline have shared our wins and our success and have also been with us through some tough times,” said Rogers.

“For myself to continue the relationship with the lubricant brand that is so recognisable the world over in motorsport is extremely satisfying.

“The Valvoline brand has been in existence for over 100 years. Not many companies can boast this type of history!”

Managing Director of Valvoline Australia, Peter Besgrove, added that the long standing association with GRM and their continual promotion of Valvoline products has been a very worthwhile commercial decision for them.

“Garry and his team have established themselves as an important contributor to our company and customers.

“The interaction between the GRM people and the Valvoline people has been a very rewarding one for us all.”